Richie Hawtin: between music and technology with one step in tomorrow

The hammering rattle of his most renowned track “Spastik” reassumes Hawtin’s style: an industrial yet harmonic mix of energizing beats that sharpen and blur at the same time the perceptions of the listener, carrying him into the artist’s bubble: it is here that the Canadian composer creates and shapes multisensorial experiences with the combinations of music and awe-inspiring lightshows that distinct his multiple performances not only in festival, but increasingly in museums and other creative venues.

“visuals and lights come together to create the moment”

“If I make a mistake, I try to make it a good mistake”

Richie Hawtin is a techno musician and an iconic figure in rave culture. It holds the record for being on the DJ Mag Top 100 DJs in the world consecutively since 1997. Richie has also released music under his name and Plastikman and F.U.S.E. Hawtin’s musical career spans more than 30 years, during which he has continually pushed the boundaries of electronic music.
In the late 1970s, Hawtin began collecting records, laying the groundwork for his interest in music production. He began DJing in the early 1980s when the genre was still relatively new. Over the years, Hawtin has made numerous contributions to the industry, most notably with the invention of the landmark “live coding” technique.
With almost 40 years in the game, you might think that he’s slowing down. But last year, he played at more major festivals than ever before, including Coachella.

The Story of Richie Hawtin

The artist grew up in Windsor, Ontario (CA), which is located a few kilometres from US Techno capital Detroit. It was this geographical proximity who allowed Hawtin to travel often to the united states in order to hear the music of Kevin Saunderson and other techno behemoths that were already established in the Michigan capital over the border.

Despite having started DJing already, Richie used to be a shy and introverted kid without the confidence to ask for gigs in the clubs of Detroit, he report it was his girlfriend and biggest fan that bugged the first club owners to hire him and let his story begin.
Together with John Acquaviva, he produces his first mixtapes and played them in Detroit in order to get noticed by local players such as Derrick May and slowly setting a foot into the scene that would propel him later on.

It was from this very influences, together with the acid hypnotic acid house of Chicago and the UK that would shape the music style of Plastikman, Richie’s first artistic project that would later evolve into the plastikman show, with a combination of sound, visuals and lightshow all coordinated by the artist himself live. 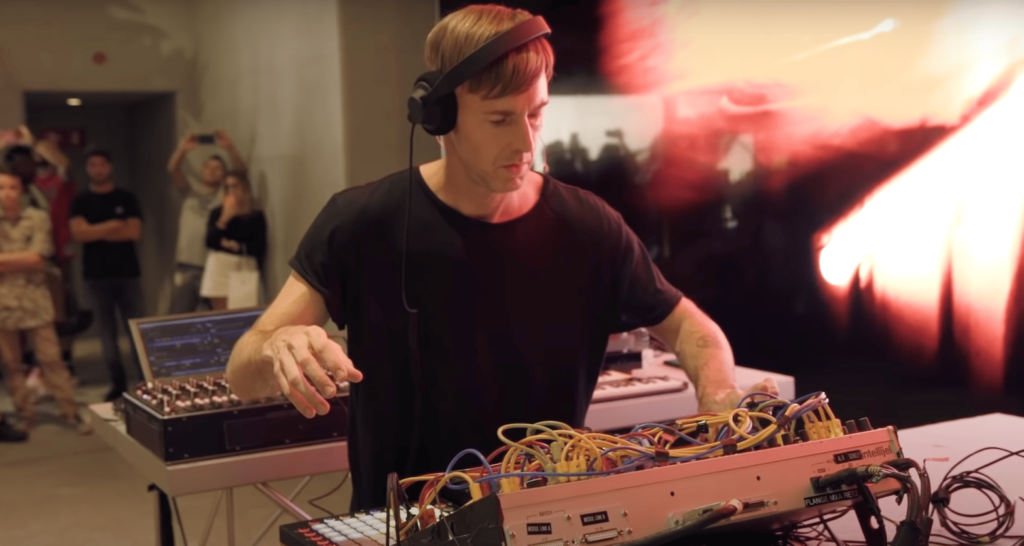 Once he started DJing, things took off quickly. In 1992 Hawtin became a resident D.J. for a Detroit club called The Music Institute, where his residency would last for 4 years. It was around this time that techno began to take off in popularity, and Hawtin helped pave the way with records like “Just Be” and “The Plastique Fantastique.”
In 1997 Richie released his first studio album, titled “Feedback,” which would top charts across Europe and were considered classics in the techno genre. In 2004 Hawtin would travel to Ibiza for a summer residency where he would play 3-4 hour sets every week for 5 summers straight – totaling 2,500 hours of playing time.
His residencies followed him wherever he went; when Richie moved to Berlin in 2010, for example, he continued to perform with long sets every weekend at the Cocoon club there too.
Richie Hawtin is one of the earliest and most influential techno artists. He developed his sound in the early 1990s by using minimalist, repetitive rhythms and combining them with odd sounds. That was not a popular style in techno, but it has since become the mainstream.
His experiments with minimalism have had an impact on other D.J.s as well. For example, Richie Hawtin’s track “Spastik” was used by Daft Punk in their song “Digital Love.”

Often criticized by techno purists for being too commercial and collaborating with EDM pop artists such as Skrillex or Deadmaus, Hawtin is in really very open minded and remembers that despite the music scene being born in underground clubs with 200 people, it is exciting to see the new kids on the block fill stadiums by playing from a laptop, it is a scene in constant becoming and makes no sense to be closed to what’s new

Hawtin finds something magical in live DJin, as his mixing comes mostly from improvisation rather than having a playlist and effects melange in his head before starting, the producer senses the energy of the room, matches is with his own and creates something unique in real time by mixing other artist’s track and making in its own for a one and only time in history: it is this unrepeatable moment that makes him and his audiences estatic.
Combining analogue and digital sound sources, he archieves a synergy of the clear and transparent “temperature” of the former with the rusty warmth of the latter.

Hawtin has collaborated with many different musicians throughout his career. In 1989, he began collaborating with fellow Windsor native Mike Ink. Together they produced two albums, a live recording and a studio album titled “Let’s Hear It For The Boy,” released in 1990.
In 1991 Hawtin met Ulf Eriksson, a Swedish musician that Hawtin would collaborate with for years to come. Richie said that he owes a lot to Ulf as they helped each other out, and it was his introduction to techno music. He went on to produce an album for Eriksson titled “3D-Kraftwerk.”
In 1994, Hawtin met Chris Walsh, the owner of M_nus Records. They immediately began working together and created what became known as minimal techno. One of their most famous collaborations is “The Plastique Fantastique,” released in 1995 and features three tracks, all co-produced by Richie. They continued producing together until 2003, when Walsh left M_nus Records and Richie took over as its owner and producer.
Many fans know Richie Hawtin from his D.J. sets at clubs such as Berghain in Berlin or Fabric in London, where he played for more than six hours consecutively several times per year for many years at a time. But did you know that he also owns two nightclubs? From 1997 onwards, Hawtin operated two clubs: Plus 8 in Detroit and PLAY.

The Future of Richie Hawtin’s Music

When questioned about his experience during the Covid lockdowns, when most clubs have been closed and artists could not make a living by touring, Richie mentioned he took this downtime to reflect on fundamentals, yet it cannot be ignored that most of the underground techno scene is not as underground as it used to be, and if on one hand digital distribution of media has allowed many artists to scale to global recognition, it has left many other emerging players without the financial sustainability that came from a closed engaged community to some degree. In a sense, the narrative has not updated to match the economic reality of out times.

Hawtin has said that he believes the underground rave culture is dying. Yet, he still believes in electronic music and what it has to offer.

Hawtin has expressed interest in exploring new musical expressions, such as film scores. And while Richie Hawtin might have pioneered techno music, he has the drive and ambition to continue evolving and growing his sound and career. 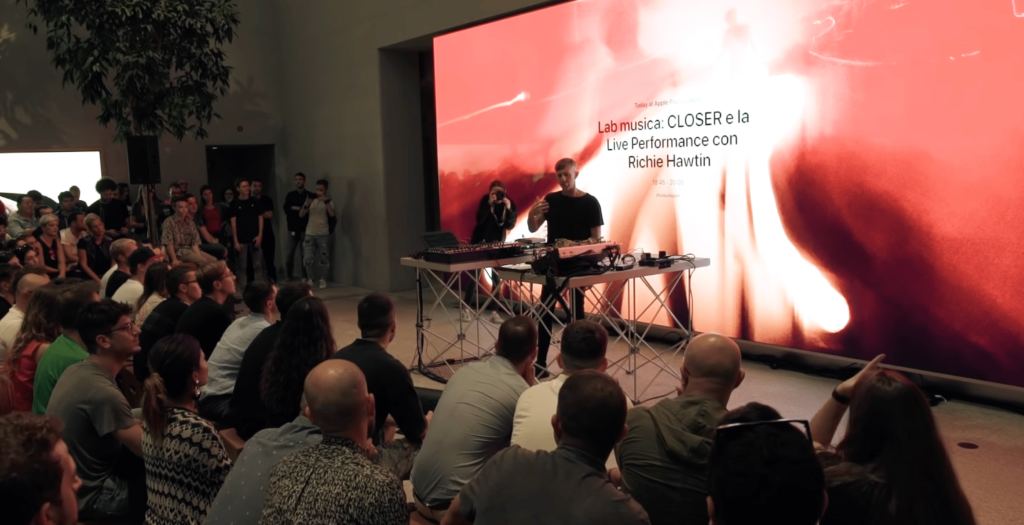 Richie Hawtin is one of the most influential figures in dance music history. His work as a D.J., producer, and label owner has had a lasting impact on how electronic music is heard and thought of worldwide. While he may be known primarily for his contributions to techno music, Hawtin has played an instrumental part in shaping the landscape of dance music as a whole.
It’s impossible to talk about the history of dance music without mentioning Richie Hawtin, and his work is an example for aspiring D.J.s and producers to follow.

“visuals and lights come together to create the moment”

“If I make a mistake, I try to make it a good mistake”