The Vision behind the Hype Virgil Abloh in 5 quotes 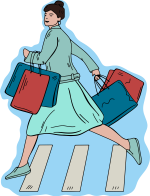 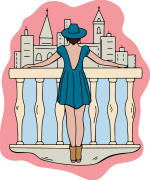 The Vision behind the Hype: Virgil Abloh in 5 quotes

“Success can be anything, it doesn’t mean money”

Sometimes referred to as “The Andy Warhol of our time” or “the Karl Lagerfeld of millennials”, Virgil Abloh has been not only a prolific designer that in just a few years has raised to global news and created a cult-like following around him by blurring the lines between art and commerce, but also a renaissance-like humanist who understood better than anyone else how to connect different dots and shift his practice between the most disparate fields, from architecture to art, fashion, business and music. We analysed his publicly available interventions, lectures and speeches in order to decode his vision and contribute to the creator’s ultimate goal: to provide inspiration for future generations. 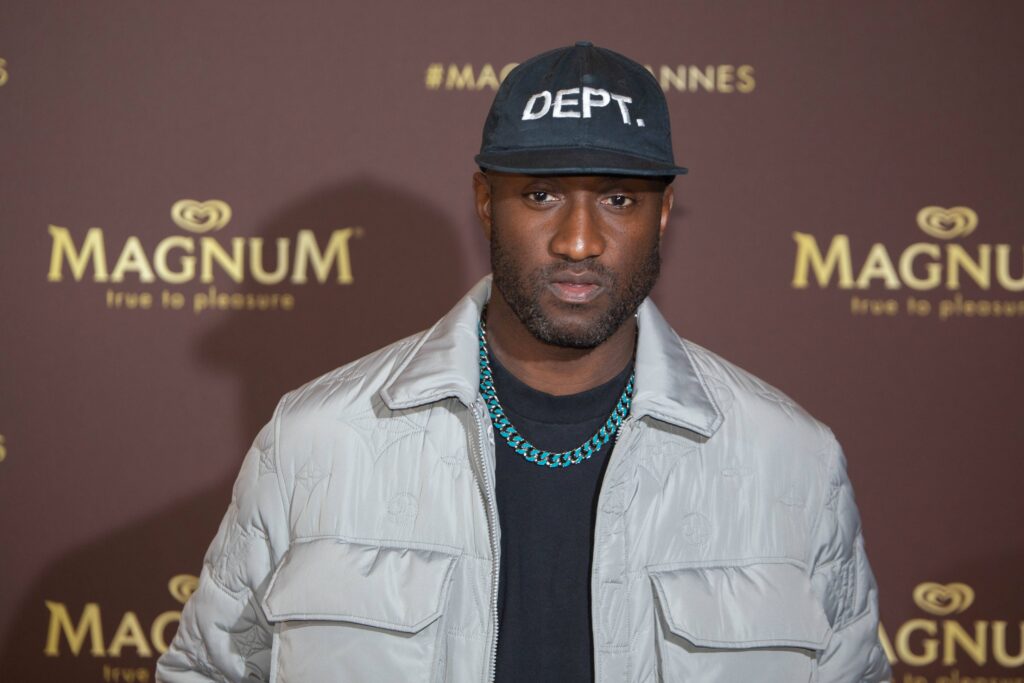 In a constant dialogue with the audience around him, Abloh, probably aware of his deteriorating health condition, committed to deconstructing his creative methodology to inspire others in a series of zoom calls and open lectures. Virgil stood for the freedom to be all things at once and none at the same time and better than anyone else could bring a small niche brand such as Off-White to global recognition by creating a community around it.
In his vision, when in the past brands, their logo and their associations were separated from people, or consumers, from which trademarks were distinguished, today brands are people (and people are brands). 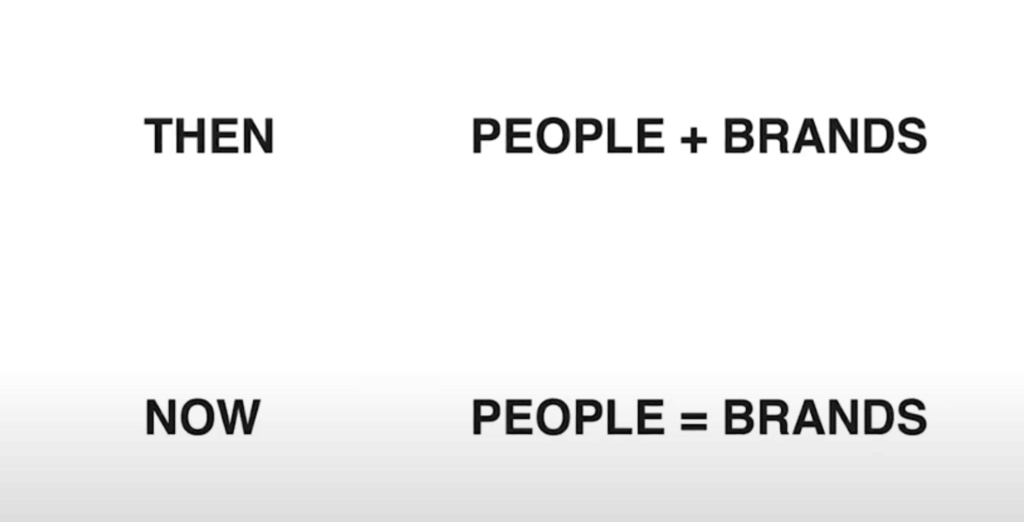 Influencers and communities decentralize the images of brands, that used to be more monolithic and now became increasingly fragmented. It becomes more and more a work-in-process activity to define the signals that your brand puts out and how the firm evolves organically and independently in our new and fragmented media landscape.
In more than one interview Virgil mentioned being inspired by Italian brand United Colors of Benetton and its 90’s campaigns by Oliviero Toscani, featuring multicultural kids and other mood board-like elements while being completely free from the products themselves that the brand sold: it was at that stage that Virgil started to see a brand as not only a company manufacturing and marketing a product, but rather a platform creating a shared space for conversations.

In regards to marketing, one good strategy is to seed to a small, loyal community and curate your brand inside of it, rather than trying to go mainstream into the media establishment which requires huge budgets and resources, the community can be the ideal sandbox for finetuning a brand before scaling it while providing financial sustainability at the early stages. Take your community with you everywhere you go, and you will never be an outsider anywhere.

“I knew how the different genres of creativity get labelled, and I made a decision to ignore it by experiment”

Behind Virgil Abloh’s success, was the artist’s ability to stay committed to not putting concepts into mental boxes: it was this bias toward being obsessively open-minded that, according to his report, took him from the unknown all the way into Vuitton’s direction. a recurring theme in his speeches, “speaking to the 17 years old version of yourself” means to remove all pre-concepts and generalisations we tend to associate with things in order to be able to disrupt them, blur the boundaries between concepts and create something new.
It is from this commitment that stems Off-White’s iconic claim: “Defining the grey area between black and white as the color off-white.” In Virgil Abloh’s vision, a designer’s main skill is that of going back to a child-like state of constant amusement and exploration to find inspirations overlooked by those who think in terms of binary, black or white boxes. 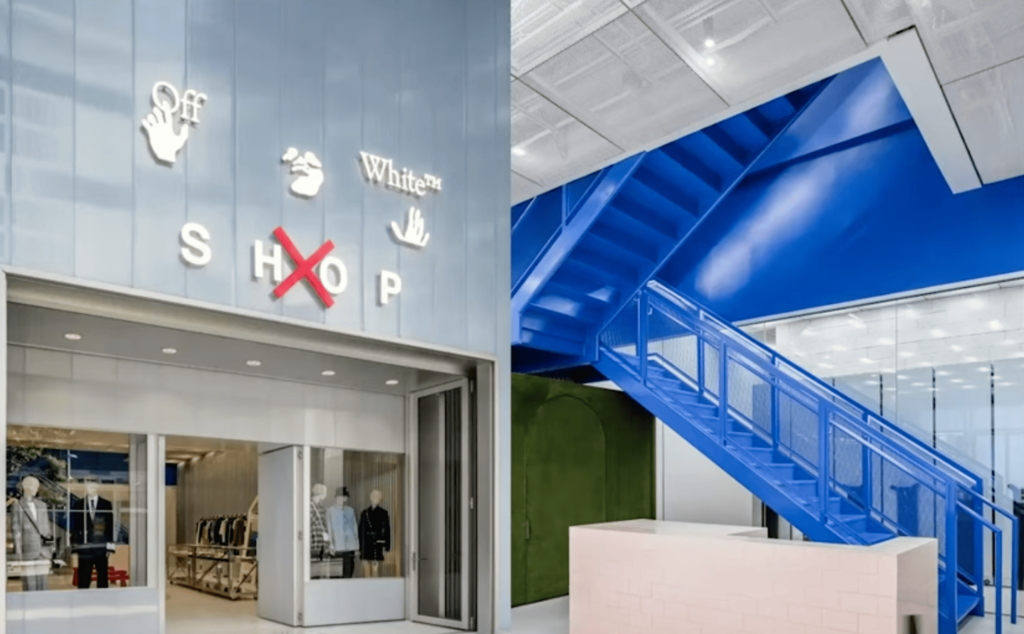 “We are the generation of the internet, so access to the past is what makes our generation much different than what came before it”. In Virgil’s vision it is the job of the “youth” to question the preceding generations, which has always happened through the devices of art and culture, He himself, despite having studied architecture, never saw himself as an architect, but rather considered the field his access point to the many other avenues of design and creativity: “ architecture was just a way of thinking, not a practice that was being labelled”

Off white means something that is not white nor black, or at the same time black and white, is the non-box in which you should put your ideas into, it might sound like a brain freeze, but things can be both black and white ad the same time, as Abloh put it, it was his internal measuring compass to never decide

Virgil was well aware that every art movement dies or evolves into something else, after Off-White took off for him it was not enough to be the trend of the moment, but he felt the urge to move in different directions and keep exploring. Streetwear for him was an art movement, not limited to fashion but rather a way of making things. Nonetheless, this shifting between different mediums kept a consistent message and canon that guided the artist as a north star when exploring apparently unrelated means of expression, a consistent signature or code, that Abloh invited students to codify early in their career into some bullet points, here is a precious slide from one of his open lectures: 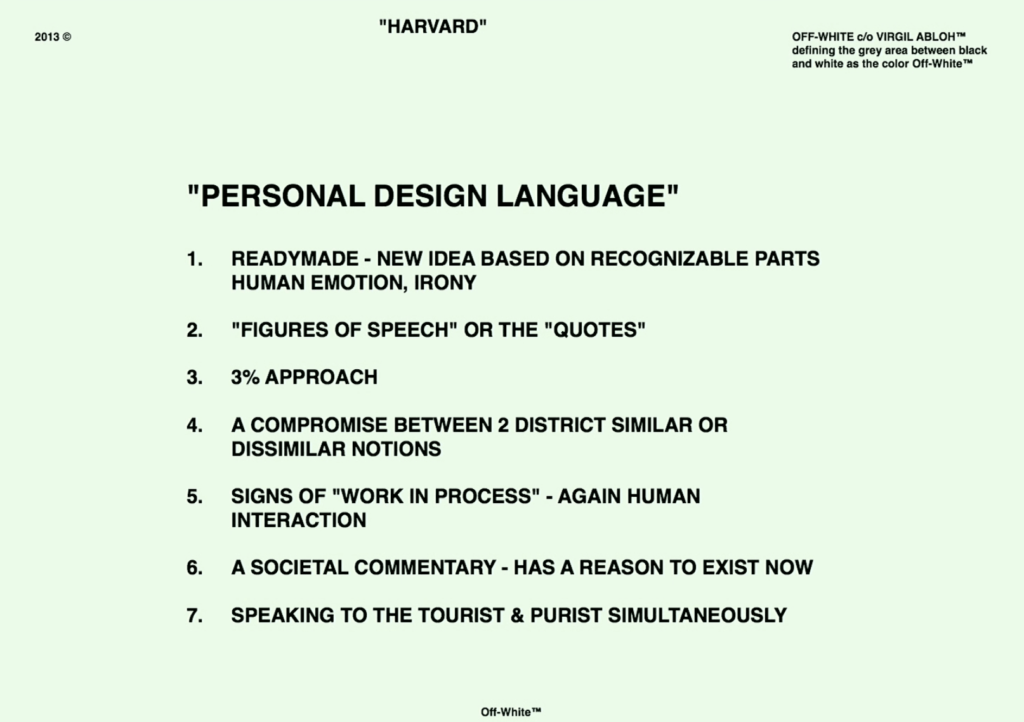 In this early Personal Design Language canon, become recognizable the principles Virgil would stay resolved to even in early years:

Readymade: this line refers to the twisting of already existing artefacts in order to give them new meaning that is typical of the streetstyle movement, Virgil Abloh’s vision was strongly influenced by contemporary artist Marcel Duchamp: his most famous work being the iconic urinal, called the fountain, Duchamp was able to shape the rationale that a common urinal is a piece of art. The art is not in the trivial object, but in the artist creation of a new canon itself, in its change of the established narrative.

Figures of Speech: or the iconic quotation marks, omnipresent in Virgil’s practice, that besides a recognisable branding device stand for the possibility of anything to mean something else besides its main, agreed-upon meaning, it is by thinking of all things in quotation marks that we develop the ability to reason beyond boundaries and create new narratives for the status-quo.

The 3% approach stands for Abloh’s workflow of tweaking existing products such as the sneakers of his long going collaboration with Nike: Virgil would edit existing things but only to a 3%, he liked to add small tweaks to existing items such as sneakers, and in general, his approach would often mix two different things, sometimes similar ones, sometimes radically different, in order to create something new, an approach he acquired from his activity of DJ under the name FlatWhite when mixing and slightly editing existing music tracks allowed him to create an ongoing flow of creation: a compromise between two distinct similar or dissimilar notions.

Constantly in work in process, Virgil’s activity was ever-changing and constantly evolving: His creative process would always start with one distinct detail, and then try to repeat it in a pattern until it becomes the creation.

A Societal commentary or reason to exist now related to Virgil engagement with social issues, he would invite everyone in his community to “not make a brand for something small-minded, but make it for a big, hefty goal”: as an Afro-American artist, Virgil often felt not completely belonging in the realms of design and established culture and made a personal commitment of breaking ethnicity related stereotypes and systemic racism prejudices in order to enable other people of color to contribute more in the fields of fashion, art and design.

“Speak to the tourist and purist simultaneously”

Is another founding element behind Virgil Abloh’s vision: his most important art exhibition started with the iconic neon sign citing “You are obviously in the wrong place” which was present in his first Paris fashion show and paraphrasing the rumours he would overhear. The most important installation of his “Figures of Speech” Exhibition consists of two elevators, one labelled “Tourists” and the other “Tourists”, as in every discipline two distinct groups of viewers exist, the one having so much knowledge that they can raise walls and decide what gets included and what gets excluded, the other being simple laymen that hover around the discipline as a must-do, in order to be able to say I’ve been there.
Abloh claims “The Purist mentality is important, it keeps things in a sacred space for future generations to understand”
But at the same time, he committed to making the place where tourists and purists cross paths and have to interact with each other. That, in his opinion, was beyond diversity, inclusion and other buzzwords, that was something deeper

“Success can be anything, it doesn’t mean money”

When speaking to young students, many dreaming of starting their own brand, Virgil would stress the importance of building organically and not being overly obsessed with immediate profitability, he remembered his first brand, PYREX, going out with amateurish, low budget videos and how such experience was instrumental to building later bigger brands such as Off-Whiteand the other collaboration. It is in the struggle of the early days to make ends meet that is your brand, Virgil said, that very experience will be engrained in the designer’s DNA and continue to differentiate him in the future. When inquired about his opinion on counterfeit fashion items, Virgil (before his LV employment, obviously) mentioned how he had nothing against them, as if someone else can make money out of his own creation that can only mean they are good. 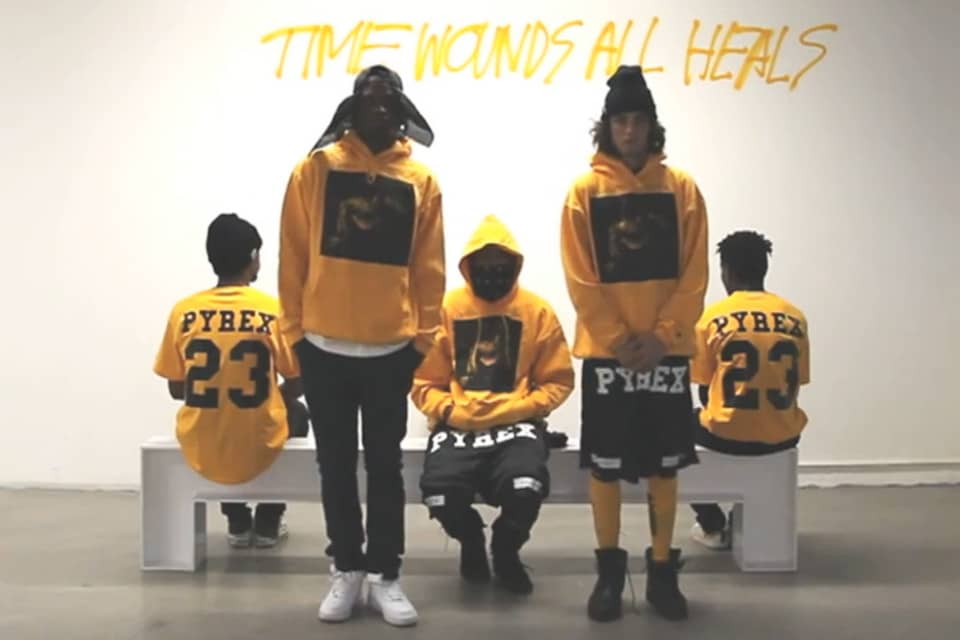 Virgil when asked where collaborations are going, in one of his last interviews expressed the interesting concept of 5D collaborations, where the partnership is not only between two brands, but throughout the entire ecosystem that the item produced, for example in one of his recent collaborations with stüssy he would force the brand to get the items printed and produced by a black-owned firm in his network and assign part of the revenues to a foundation bringing back colonial-era artefacts to their original countries, in this in this intertwining of players and initiatives that the real values of an item is created and, in his advice, what really strikes consumers including how the item they purchased gives back to society.

Virgil Abloh’s will be remembered as a great artist, inventor and designer that could tackle something invisible and articulate trends in a new way as well as inspire a whole generation of innovators across every sphere beyond fashion and art. His cultural legacy will be explored in the years to come and his name studied both by tourists and purists.
for conversations

Ikono is a boutique brand consulting agency specialized in elevating undifferentiated products to the status of lifestyle brands, unlocking superior margins and repositioning common trademarks in the eyes of the most discerning global consumers with the combination of sociology expertise, trend awareness and the most advanced technology combined.

Get in Consultation
With some basic instruction and a little bit of confidence, RV owners and beginner electricians.