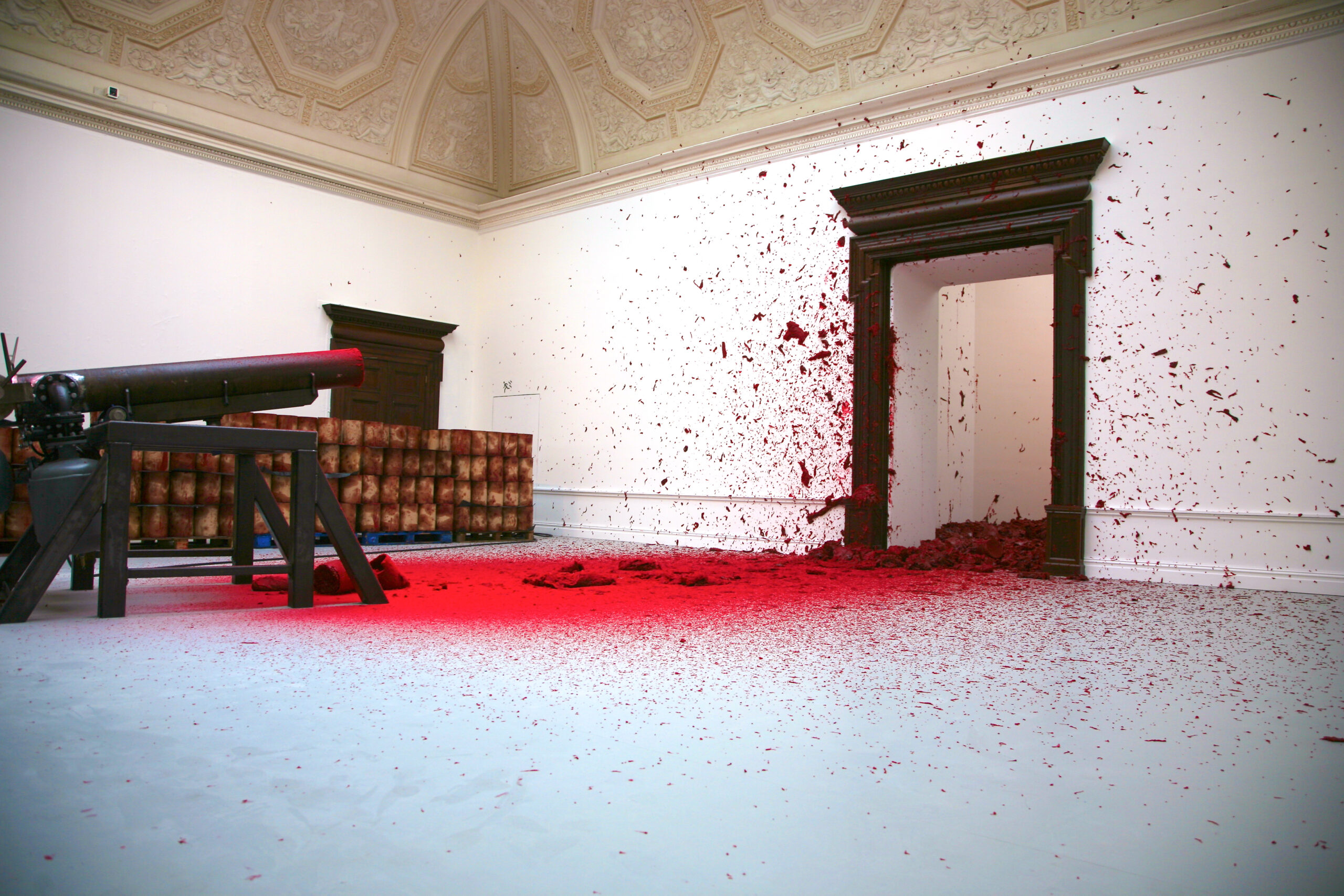 Sir Anish Kapoor is an Indian-born British artist born in Mumbai. Anish Kapoor has created some of the most unique and mind-blowing artwork globally. His pieces often call up a sense of shock and wonder in those who view them. Kapoor’s work describes us as out of this world, and it’s not hard to see why. His pieces are often massive in scale. They often feature striking colors and shapes unlike anything else in the art world. This obsession with color comes from Indian culture maybe, color as something between the physical, as a pigment made of crushed stone, and the non-physical, as the intangible impressions it evokes in the human experience. 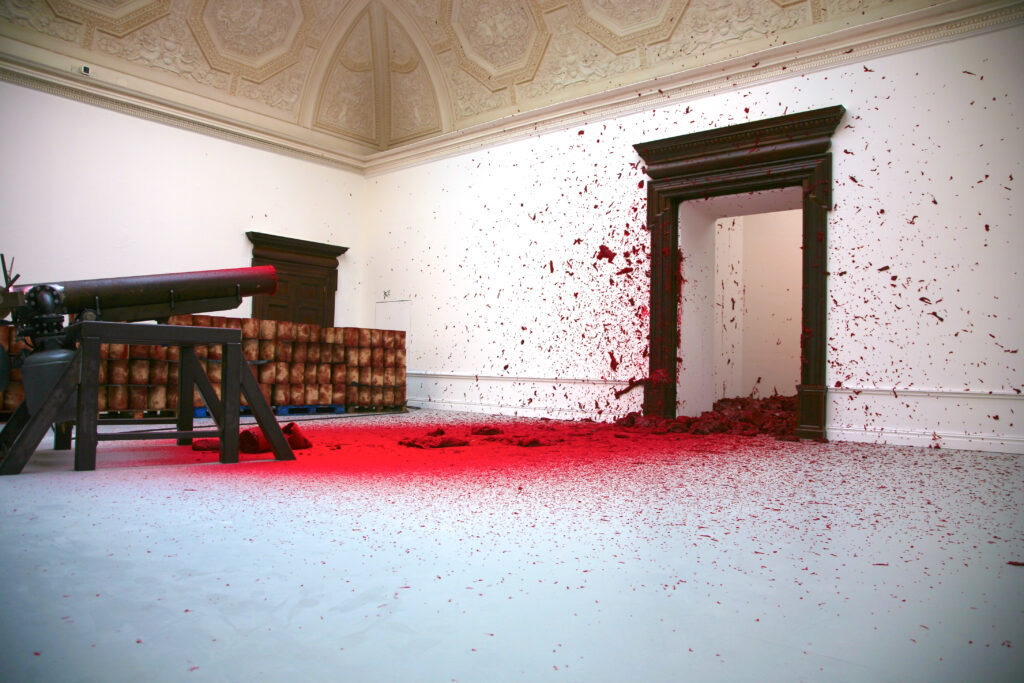 “science can explain anything but one thing: consciousness. Maybe art can answer that”

“there is nothing to say, just allow yourself to be an idiot, a fool, that’s the journey of art”

“the least predetermined a work is, the better it is”

At any rate, Anish doesn’t want to be interpreted too much in the context of his Indian descent, he believes the key is to have one leg in one’s specific culture, and the other in the cosmopolitan sphere in order to avoid stereotyping. Another key element in his art practice is the promotion of self reflextion though the extensive use of mirrors and reflecting surfaces, his intention is for the viewer to become part of the sculpture, the art pieces of Anish Kapoor want to establish a connection between, in his words, what is real and physical, and what is not physical”

On March 12, 1954, Anish Kapoor was born in Mumbai, India. His parents were also artists. Kapoor received his early education in India. And he later moved to England to study at the Royal Academy of Art.
Kapoor began his art training at 16. He was studying at the Sir J.J. School of Art in Mumbai. Kapoor traveled to the United Kingdom to continue his education. After completing his undergraduate studies. In 1971, he enrolled in the Royal Academy of Arts in London, where he studied for three years.
Kapoor has been a prolific artist throughout his career. He produced a wide range of work in various media. He is still best known for his sculptures made from cast iron and concrete, often blending bright colors. His work also has been exhibited around the world. And also, he has been the giftee of many awards and honors.

Kapoor’s early experiments with art were a way for him to explore the potential of different materials. He experimented with different techniques and used the materials to create his art. His early experiments were a forebear to the more famous works that he would create in later years.
Kapoor has also worked with stone, cement, wax, ice, and sand. In the 1970s, Kapoor also created an outdoor artwork installation known as “The Bay of Naples.” Kapoor used cement made from crushed tile to adhere the tiles to the ground. This early work is also an example of his exploration of materials’ physical and visual potential and manipulation.
In the early 1980s, Kapoor began to experiment with wax. He would pour molten wax over objects or pour it into casts and then freeze it. This process would create a distorted, three-dimensional version of the original object. He continued to use this process in his later works.

Since the early 1970s, Kapoor has created art based on Modernist abstraction and draws on his Hindu and Muslim heritage. His work is characterized by its physicality and the use of unusual materials, such as wax, gold leaf, and resin.
Kapoor had a Hindu father and a Muslim mother. His family moved to London when he was a child. This cultural mixing has been an important influence on his work.
His experiences with light and space also influence Kapoor’s art. As a student at the Hornsey College of Art in the 1970s, he studied under the light artist Dan Flavin. But, his early exposure to light art has been a major influence on Kapoor’s work.
His interest also influences Kapoor’s art in the natural world. He often incorporates organic shapes and materials into his work.

Many famous artists are globally, but few as recognizable as Anish Kapoor. His work is recognizable for its unique combination of bright colors and abstract shapes. Objects emerging from surfaces are a Kapoor’s staple too: his works come out of walls as icebergs where a part is still concealed, letting us wonder what they really are, and once again building a bridge between the visible and the invisible. 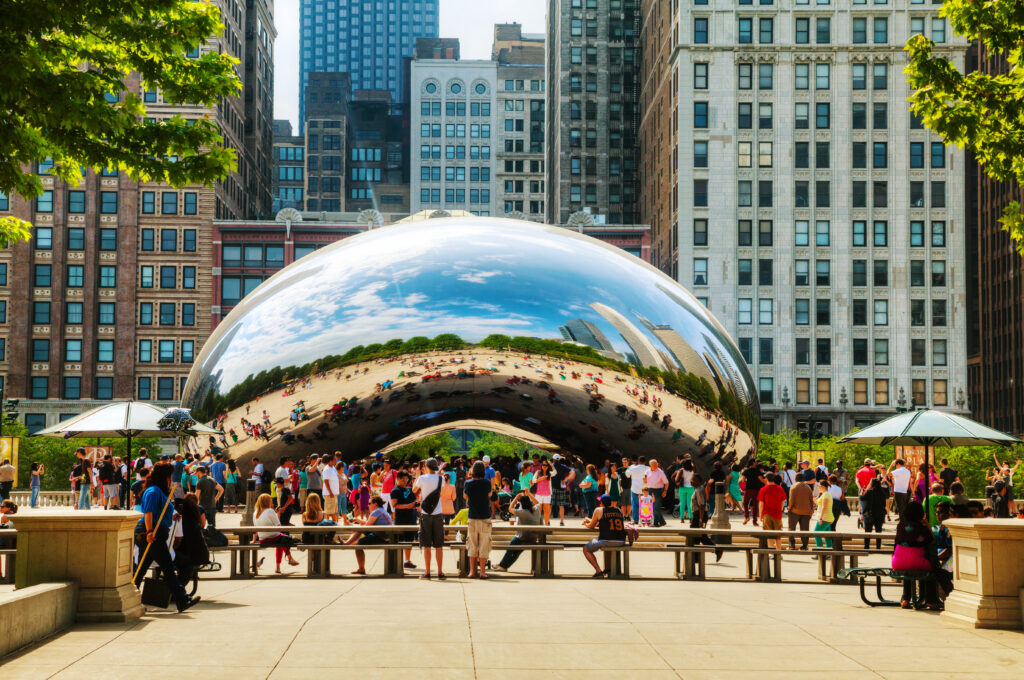 Sky Mirror is immense, stainless steel carved Sky Mirror, 20-foot-wide (6-meter-wide). It is one of Anish Kapoor’s most famous and iconic works. Sky Mirror is a giant concave mirror that reflects the sky. It has become a popular tourist attraction installed in London’s Royal Park.
Concave mirroring surfaces are used by Kapoor to induce a sense of verigo, in which sometimes the viewer looses himself.

Marsyas is a large, abstract metal sculpture installed in the Tate Modern in London. Its name after a character from Greek mythology who is flay alive by Apollo. The work is made from 2,000 bronze tubes, which have been welded together to create a large, distorted figure.

Cloud Gate is a 110-ton, 66-foot-long (20-meter-long), 33-foot-high (10-meter-high). It is a public sculpture located in the AT&T Plaza in Millennium Park. This gate is located Loop community area of Chicago, Illinois. It is the largest sculpture in the city.

DESCENSION is enormous, stainless steel, and a funnel-like sculpture. That was installed in London’s Olympic Park. It is 115 feet (35 meters) high and descends into the ground. It was created as a memorial to the victims of the 7/7 terrorist attacks in London.

Dirty Corner is a large, steel, cone-shaped sculpture that caused controversy when first displayed. It also is 60 feet (18 meters) high and was installed in the Palace of Versailles in France. Some people called it vulgar and obscene. At the same time, others saw it as a powerful statement about gender politics.

Houghton Hall is a new, large-scale sculpture scheduled to be installed in 2020. It will be the centerpiece of a new park in London. The sculpture is also a massive, abstract, red metalwork inspired by the curves of the human body.

Where to See Anish Kapoor’s Artworks

Billionaire artist Anish Kapoor has pieces in some of the most prestigious museums in the world. But his work is display on public in a few unexpected places. Public art is important, as it is accessible to thousands of people and sparks reflection and conversations beyond the walls of museums and gallery around art. The public object relates to the space and helps cement community

If you’re looking to see some of Kapoor’s unique and impressive artworks, you have a few options. The first place you might want to check is your local art museum. Kapoor’s work is displayed in several museums across the globe. It also includes the Tate Modern in London, the Museum of Modern Art in New York City, and the National Gallery of Victoria in Melbourne.
If you’re not near any of those cities, don’t worry – you can still see Kapoor’s work in the sky. The artist also was commissioned to create a massive public artwork for the London Olympics in 2012. And, also his piece ” reaching skyward at the Olympic Park.
No matter where you are in the world, there’s also a good chance you can see Anish Kapoor’s art. So if you’re looking for an interesting and unique art experience, be sure to check out some of Kapoor’s work.

Awards and honors of Anish Kapoor’s

Some of the awards and honors of Anish Kapoor’s career include:

Through his impressive artistry, Anish Kapoor has shown us that we need to be more aware of ourselves and our world. We need to pay closer attention and understand what does not seem clear at first glance. We can have such a big impact on our environment, for better or worse. So, we need to be mindful of this power and responsibility and do our best to leave the planet a little bit better than we found it.

“science can explain anything but one thing: consciousness. Maybe art can answer that”

“there is nothing to say, just allow yourself to be an idiot, a fool, that’s the journey of art”

“the least predetermined a work is, the better it is”